When any major move happens in football, the focus is on how it improves the buying club. The recent deal to take Erling Haaland from Borussia Dortmund to Manchester City was viewed in the same lens. How would it change the Premier League? Could anyone now stop City and their march towards domestic and European glory in 2022/23? Can Haaland adapt to the challenges of Pep Guardiola’s football?

There are many questions, but one query that has yet to be answered involves another hugely talented player. What happens now to Gabriel Jesus?

The young striker who was once compared to the great Ronaldo has often been a bit part performer for City. Despite that, he has been a regular for his country and his potential has not gone unnoticed elsewhere. According to the players agent, though, a move to Arsenal would appeal. However, Marcelo Pettinati, the agent, also was clear that as many as six other teams were keen to buy out his client.

For Arsenal, it would make sense. They could pair up Jesus with compatriot Gabriel Martinelli, creating one of the fastest and most lethal strike forces in England. It would also give Jesus the chance to pair up with Mikel Arteta again, who would have coached him at City.

What did Marcelo Pettinati say about Gabriel Jesus?

When asked about the situation for his player – who looks certain to leave now with the arrival of Haaland – Pettinati was clear that his client would not sit around on the bench. Having already spent much of this year in and out of the City first team despite not having a recognised first-choice striker, Jesus is keen to find a team that can give him more playing time and, in his eyes at least, more respect.

On this note, Pettinati noted: “We had talks with Arsenal about Gabriel Jesus. We like the project – it’s a possibility we’re discussing. There are six more clubs interested in Gabriel. He’s focused on the final games with Man City; we’ll see.”

At 25, Jesus is keen to find a more reliable starting place and Arsenal would offer that clearly. The Gunners are set to rebuild their forward line this summer, with the likely exits of Alexandre Lacazette making it easier for a new forward to fit in. Eddie Nketiah might stick around, but it is viewed as unlikely at present as the Gunners view his current form as a purple patch as opposed to a new development at the highest level.

Having scored a poker against Watford in April, Jesus made clear that he wanted to be playing and starting on a more regular basis. Now, though, it looks like he will be given the chance to start afresh. With Arteta already understood to be keen to make the deal happen and Arsenal capable of making the move financially, it will be interesting to see if Arsenal can beat other teams to the hot shot Brazilian.

It is believed that UEFA Champions League qualification is seen as a must to get the deal done for the Gunners. 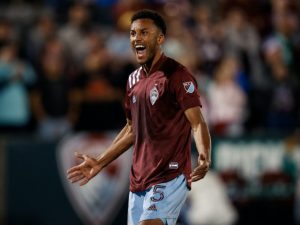 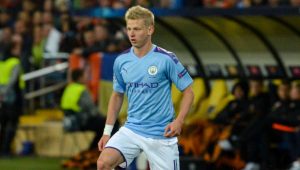